UN/Martine Perret Victims of the Ebola virus disease have been buried at a cemetery in North Kivu province in the Democratic Republic of the Congo.
INTERNATIONAL, 14 February 2020, Health - Four countries in Africa have licensed an Ebola vaccine to “cement hard-fought progress” in keeping their people safe from the deadly disease, the UN health agency said on Friday.

For the Democratic Republic of the Congo (DRC), Burundi, Ghana and Zambia, the vaccine licensing means that the manufacturer can stockpile and widely distribute it to those nations at risk of Ebola virus outbreaks, according to the World Health Organization (WHO).

And once licensed doses are available, use of the vaccine will not require clinical trial or other research protocols.

Congratulations President Tshisekedi, @Presidence_RDC, for your commitment to advance universal health coverage and determination to prepare for a healthy #DRC beyond #Ebola. @WHO stands ready to support you every step on the way towards #HealthForAll https://bit.ly/2vzG6VW 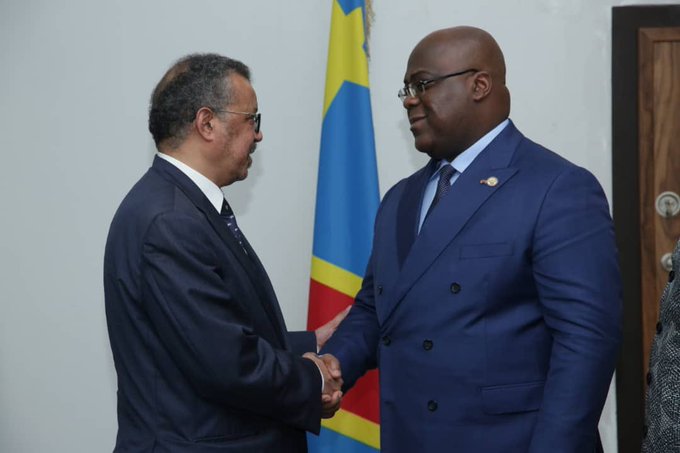 Moreover, the vaccine, which was licensed just 90 days after WHO prequalified it, is expected to be registered in additional countries over the coming weeks.

"The approval of the Ebola vaccine by these countries is another milestone in the fight against this unforgiving disease," said WHO Director-General Tedros Adhanom Ghebreyesus.

WHO accelerated the licensing and roll-out of the Ebola vaccine by certifying that it met the organization’s standards for quality, safety and efficacy – in its fastest vaccine prequalification process ever.

The speed with which this has been achieved used an approach whereby national licensing procedures were done in parallel, based on one single scientific review process.

Usually, these processes are done one by one and can take years.

“The rapid approval of the Ebola vaccine by countries in the Africa Region helps ensure this critical prevention tool will be available when and where it is needed most,” said Dr. Matshidiso Moeti, WHO Regional Director for Africa. “This kind of collaboration and innovation is a model for other health priorities.”

Preliminary study results of the injectable Ebola vaccine, Ervebo, have shown a 97.5 per cent efficacy and data also suggests that vaccinating people who are already infected reduces their chances of dying.

Meanwhile, from the Democratic Republic of the Congo capital of Kinshasa, Mr. Ghebreyesus spoke to reporters in Geneva via VTC.

He said that he had met with President Tshisekedi, ministers and others to review the “impressive progress” that has been made toward ending the Ebola outbreak.

They also spoke about “future plans to ensure that everyone in the DRC can access quality health services going forward”.

“I have been impressed with the commitment of President Tshisekedi and his government to ending the outbreak in eastern DRC and I would like to urge the whole world to recommit” to reaching zero Ebola cases, he said.

“But”, he continued, “it is also vitally important that resources and attention focus on strengthening the country’s health system and bolstering preparedness”.