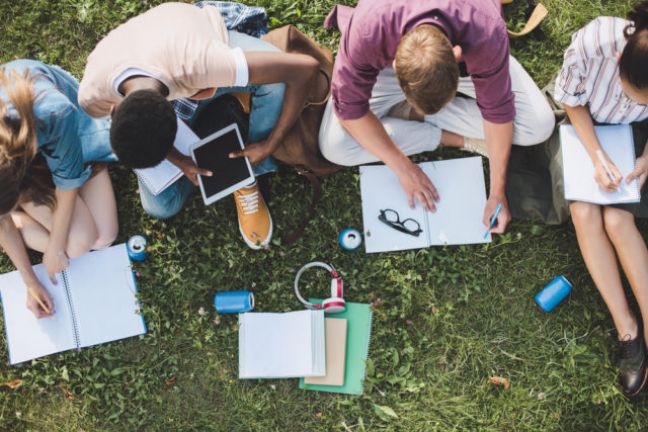 Students have been urged to keep their distance. Photo: Depositphotos

SINT MAARTEN/THE NETHERLANDS – Rotterdam’s mayor Ahmed Aboutaleb is to hold talks with students’ representatives in the wake of a local spike in coronavirus cases.

Over the weekend 72 new infections were reported in the Rotterdam-Rijnmond region, accounting for more than a quarter of the total. People between 18 and 25 are more likely to be infected than any other age group.

Aboutaleb said the introductory week for people enrolling at Erasmus University and other institutions this autumn could be in jeopardy unless student leaders tightened up on social distancing and other safety measures.

‘What we suspect is that students in preparation for the ‘Eureka week’, as we call the introduction for new students in Rotterdam, are getting more lax when they organise parties,’ he told NOS.

‘Tomorrow I’m going to call in the chairs of all the student associations to make clear what the rules are and warn them that if this is their attitude, they’re putting Eureka week in jeopardy.’

The mayor said another 50 infections in recent weeks had been traced to families in the city’s Moroccan community and urged Muslims not to hold large gatherings this year during Eid, which begins on July 30.

The regional health board said it was concerned about the large number of infections in students because they had wider social networks and were less inclined to go into quarantine if they tested positive.

Anyone who has spent more than 15 minutes in close contact with an infected person is required to self-isolate, but tracing students’ close contacts can be problematic because of their wide-ranging social connections such as housemates, classmates and other members of sports clubs and other societies.

A spokesman for GGD Rotterdam-Rijnmond said: ‘It’s proving difficult to motivate students to stay home. They will after a positive test, but if they don’t develop symptoms some of them don’t see the benefit and think it’s nonsense.

They’re also not in the habit of getting in touch with us if they have mild symptoms. ‘What students need to grasp is that everyone needs to do their bit. We can’t have one group sticking to the rules and others not.’

Rate this item
(0 votes)
Tweet
More in this category: « Lower road tax income due to delayed plates? Plenary session of Parliament about programs and projects of the Trust Fund and the hurricane season »
back to top